This year it is the 75th anniversary of VE Day.

To commemorate the event, the early May bank holiday (usually a Monday) has been moved so that the bank holiday is the same day as VE Day – Friday, 8th May 2020.  There will be special events taking place on that day and across that weekend when everyone will give thanks to those who served in the war and to remember all those who lost their lives

What is VE Day?

On 7th May 1945 the formal act of military surrender was signed by Germany, ending the war in Europe. The next day celebrations broke out all over the world to mark Victory in Europe or VE Day. VE Day or Victory in Europe Day marked the end of fighting in Europe during the Second World War – which had lasted nearly 6 years. On 7th May 1945, Winston Churchill made an announcement on the radio that Germany had officially surrendered.

This year is very different for us all. In school we always come together for special celebrations like these. Now as we spend our days away from school, and  from each other, we can still give thanks to those who served in the war and gave up so much for us.  Captain Tom has shown us the spirit of those who have survived wars. The spirit of 'getting on with it' and 'never giving in'. He has united the nation in spirit at a time when physically we are separated.

How can you be a part of VE Day this year?

Below are some activities for you to get involved in.

If the people you live with are gardeners and it is possible, ask nicely for a pot, some compost and a few fruit or vegetable seeds such as radish, spring onions, tomatoes, strawberries or carrots (they aren’t too difficult to grow) and ‘Dig for Victory.’

No pot – use a yoghurt pot or fruit tray with drainage holes added at the bottom.

Make your own VE day bunting. It could be painted/ drawn on paper or card (e.g. from cereal boxes), or even made from fabric.

Add some detail about VE Day as well.

What is bunting? It is basically the British flag in triangles or squares fastened together with string or ribbon.

Hang it in your window or somewhere else.

Be creative and make a piece of artwork, model or poster on VE Day

The only rule is that you must use materials from your house.

Make sure you are clear about:

Make something that you would be able to take to eat at a VE Day street party e.g. a cake, biscuits etc. or you could make something from a WW2 cookbook – rationing happened at the time. Chat to your parents first – you need to be able to use what you have in the house so you don’t need an extra shopping trip! Remember there is a shortage of flour! Ideas: http://home.bt.com/lifestyle/eating-forvictory-try-these-real-wartime-ration-recipesfor-ve-day-11363980000968 https://the1940sexperiment.com/100-wartimerecipes

Tell a story about.

Create a piece of writing about VE Day: This could be a: Story e.g. written for a younger student Newspaper from the day after VE day.

-What VE Day is

- How did people celebrate?

- How did people feel?

Then write a paragraph summarising what you learned about VE Day and write which video you watched. 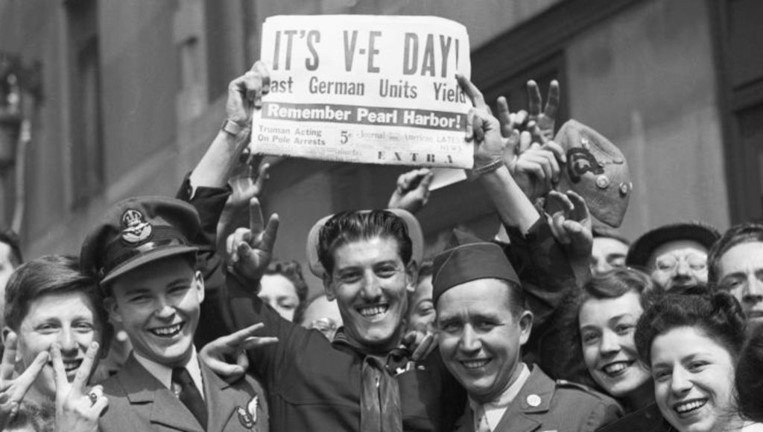 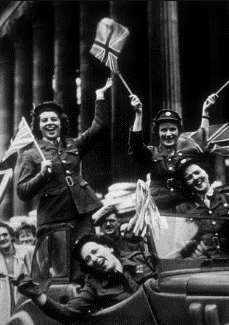