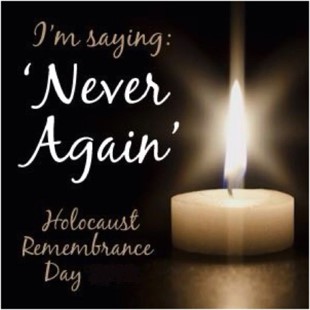 The Holocaust was one of the most unimaginable crimes in human history, resulting in the deaths of an estimated six million Jewish people.

Its roots lie in anti-Semitism, a hatred for the Jewish community, something Adolf Hitler and his Nazi Party used to galvanise a disillusioned German people in the aftermath of the First World War.

By the start of the Second World War in 1939, Hitler had already deprived the Jewish community of basic civil rights but from this point their persecution became worse. They were crowded into ghettos in their home towns and cities.

By 1942, the Nazis had planned something called 'the Final Solution'. This would see Jewish people gassed in large numbers at concentration camps. It was a deliberately planned act of genocide, an attempt to eradicate an entire race of people. Half a million Roma gypsies were also killed in the Holocaust, as were quarter of a million people with mental and physical disabilities. The Nazis also sterilised deaf people and had members of the gay community imprisoned.

On January 27, 1945, the most infamous concentration camp of them all, Auschwitz in south-west Poland, was liberated by Russian troops.

January 27 is now the day the world remembers the Holocaust, its victims and those of other attempted acts of genocide throughout history.

At a time when identity-based prejudice and hostility is worryingly widespread in the UK and internationally, HMD is an opportunity to learn about the consequences of hatred when it is allowed to exist unchecked. At this important moment, 75 years after the liberation of Auschwitz, we are asking people to Stand Together against prejudice, and in memory of those who were murdered during the Holocaust, under Nazi Persecution and in genocides which have taken place since.

The History Department are hosting a remembrance service on Monday 27th January for staff and students to come together and mark this special occasion.