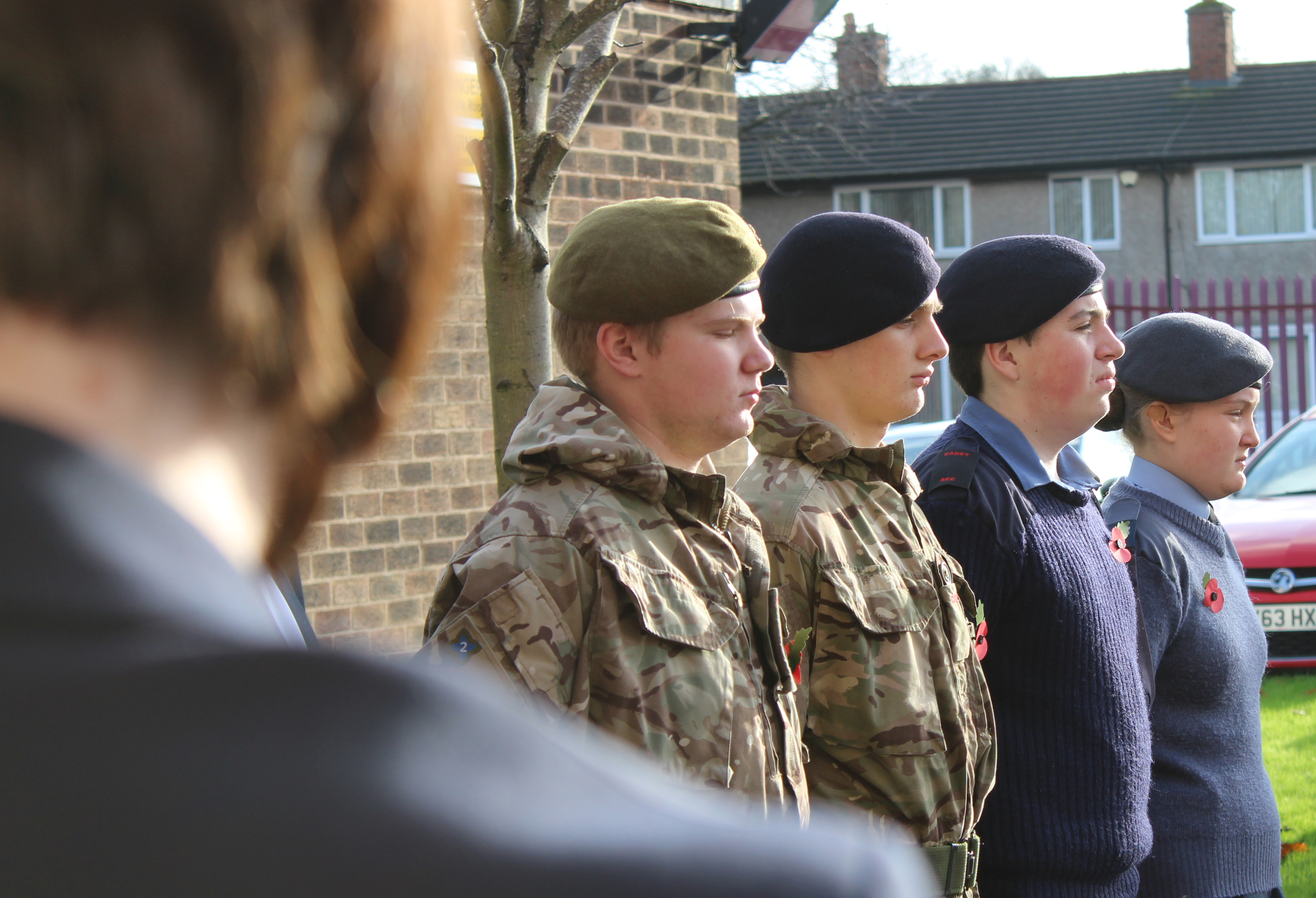 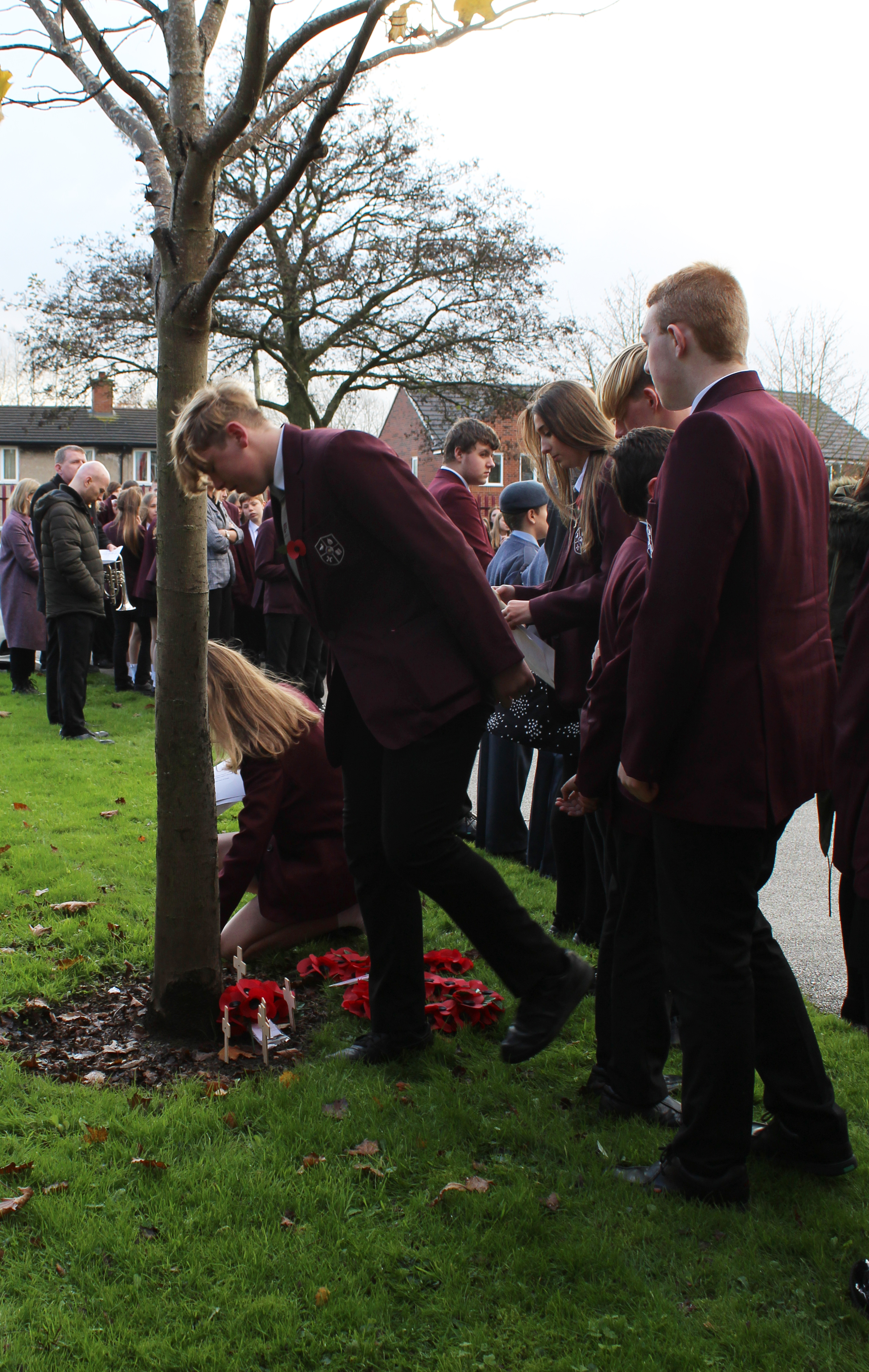 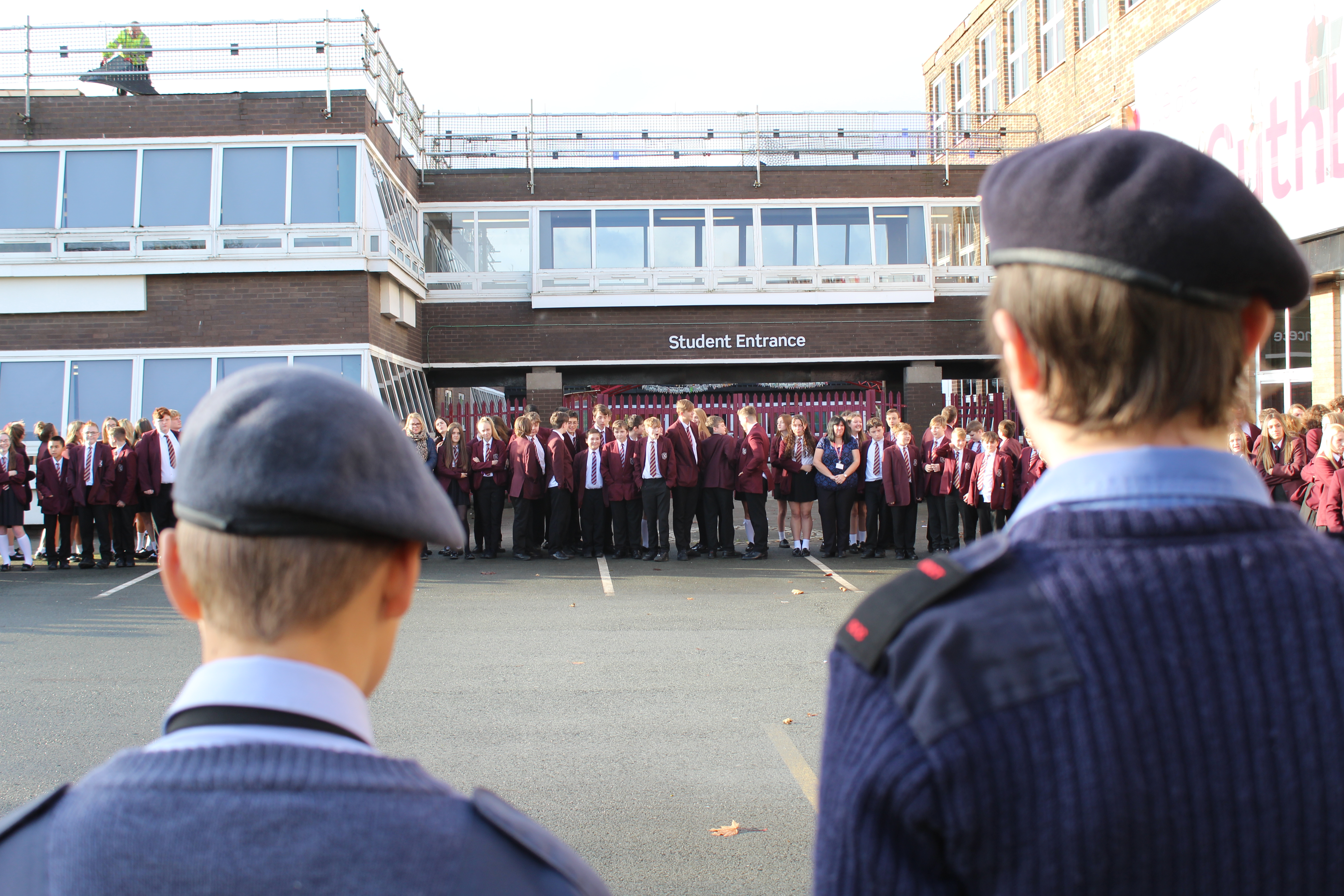 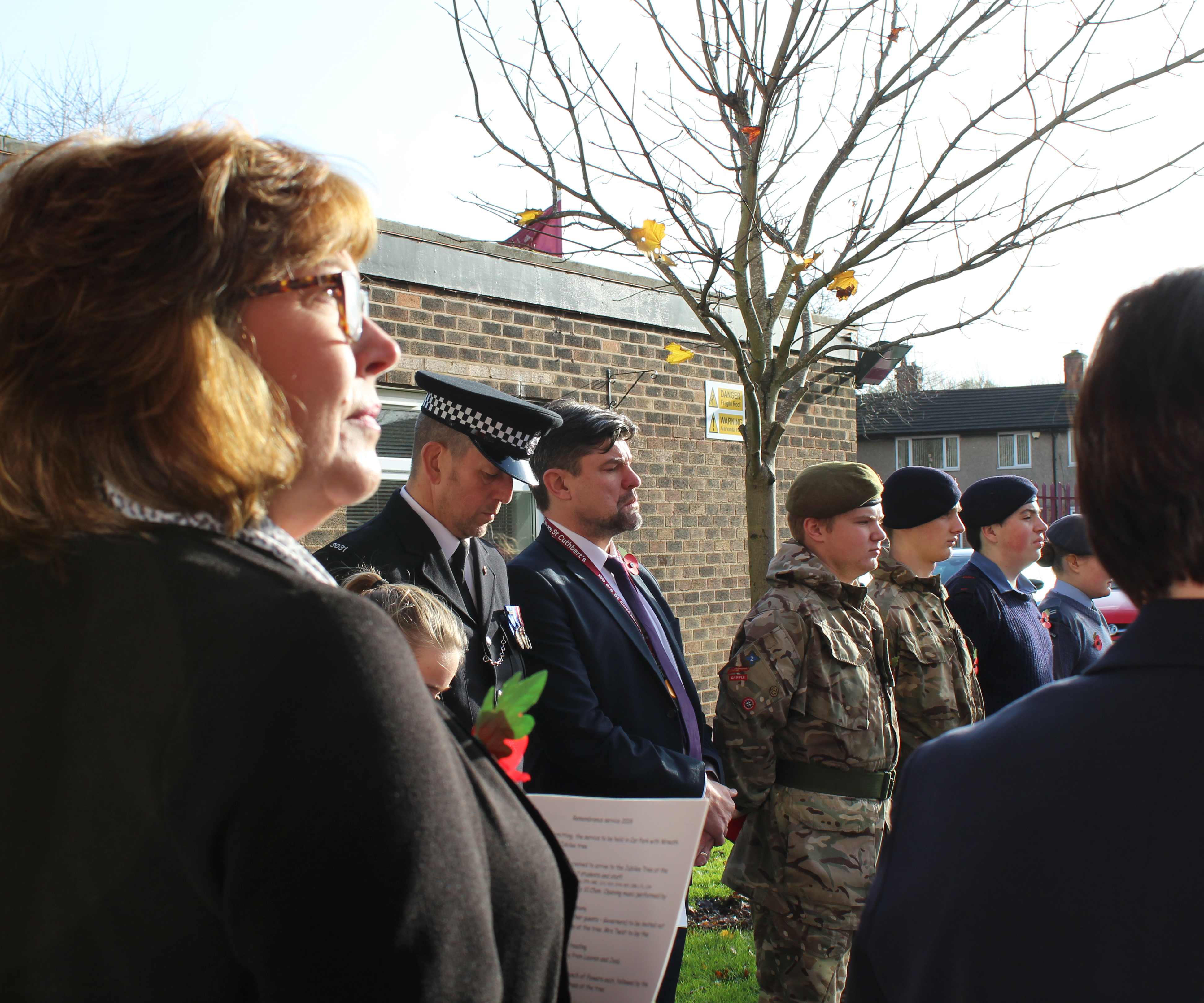 This morning we gathered at the front of school for the  Remembrance Ceremony. It was very moving and the emotion in the air was indeed palpable.

We listened to the  moving words of Father Phillip Swanson, who told us of the wartime origin of the St Theresa's baptismal font. Mrs Twist read the poem featured below and students and teachers read prayers and bible readings relating to the sacrifice of our fallen. Finally  we heard 'The Last Post' hauntingly played by Mr Chadwick, before observing a minute's silence.

A big thank you to everybody who played a part in Remembrance week and to Mrs Brown (pictured) for organising the service.

For The Fallen - by Laurence Binyon

With proud thanksgiving, a mother for her children,

England mourns for her dead across the sea.

Flesh of her flesh they were, spirit of her spirit,

Fallen in the cause of the free.

Sings sorrow up into immortal spheres,

There is music in the midst of desolation

And a glory that shines upon our tears.

They went with songs to the battle, they were young,

Straight of limb, true of eye, steady and aglow.

They were staunch to the end against odds uncounted;

They fell with their faces to the foe.

They shall grow not old, as we that are left grow old:

Age shall not weary them, nor the years condemn.

At the going down of the sun and in the morning

We will remember them.

They mingle not with their laughing comrades again;

They sit no more at familiar tables of home;

They have no lot in our labour of the day-time;

They sleep beyond England's foam.

But where our desires are and our hopes profound,

Felt as a well-spring that is hidden from sight,

To the innermost heart of their own land they are known

As the stars are known to the Night;

As the stars that shall be bright when we are dust,

Moving in marches upon the heavenly plain;

As the stars that are starry in the time of our darkness, 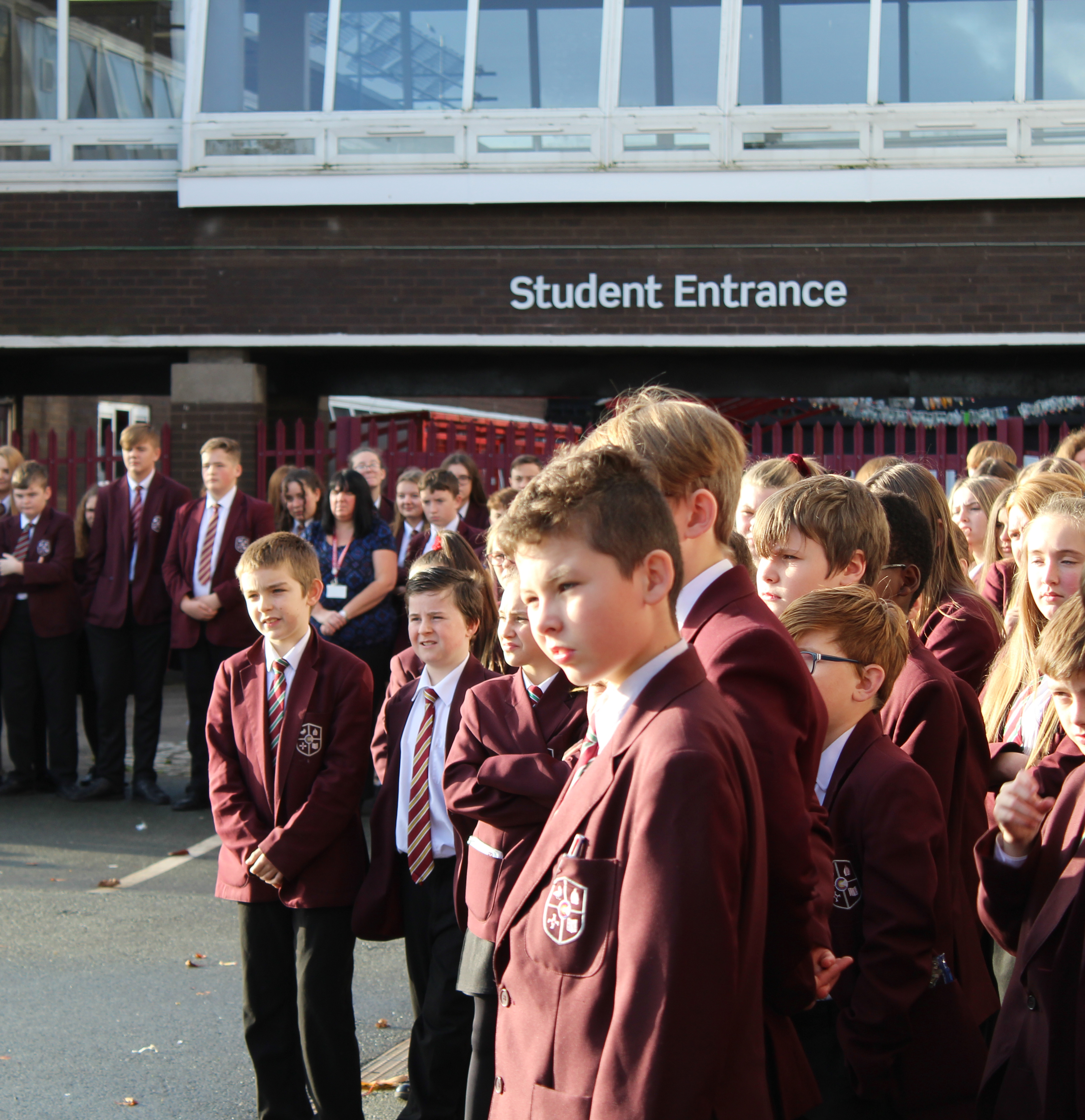 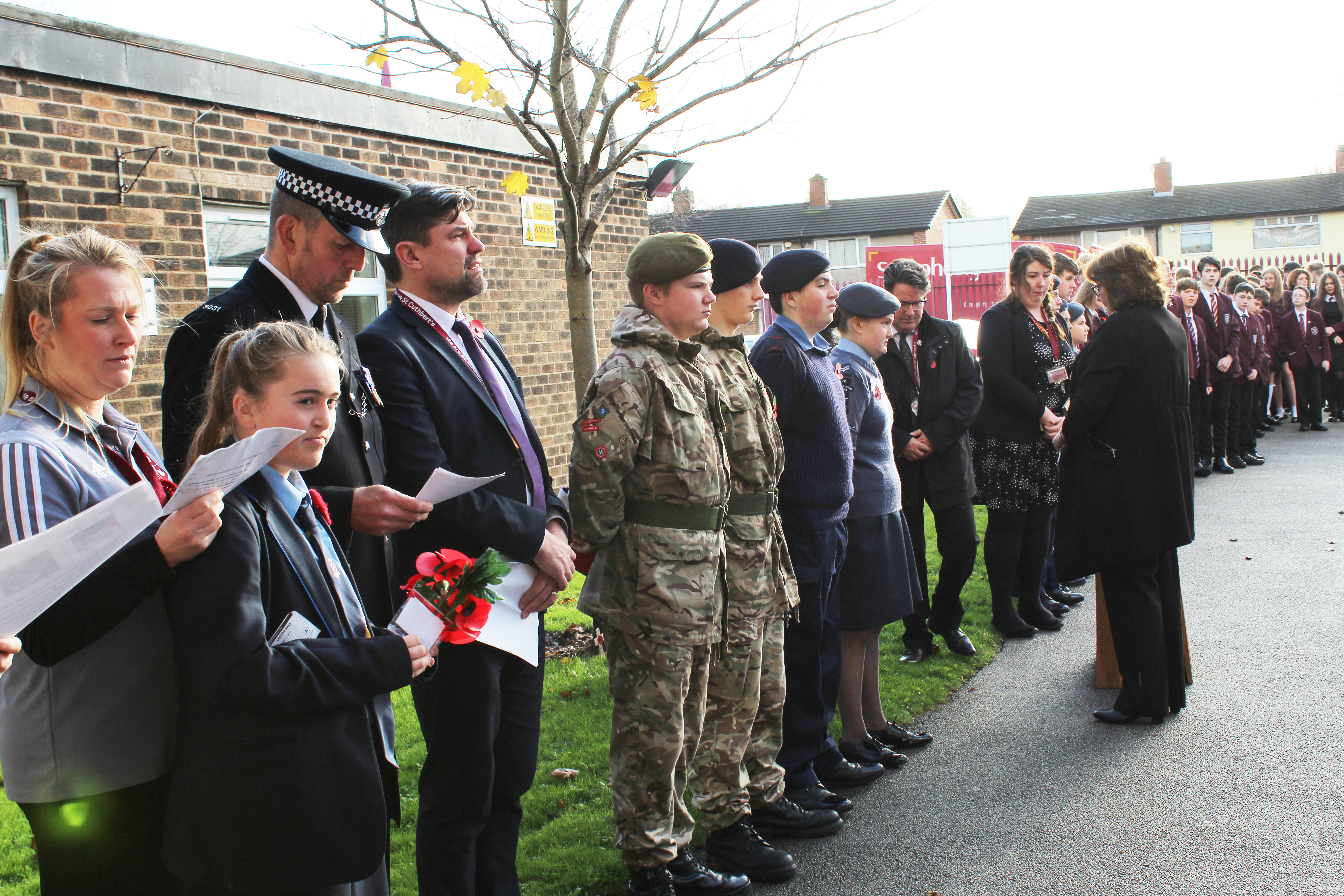 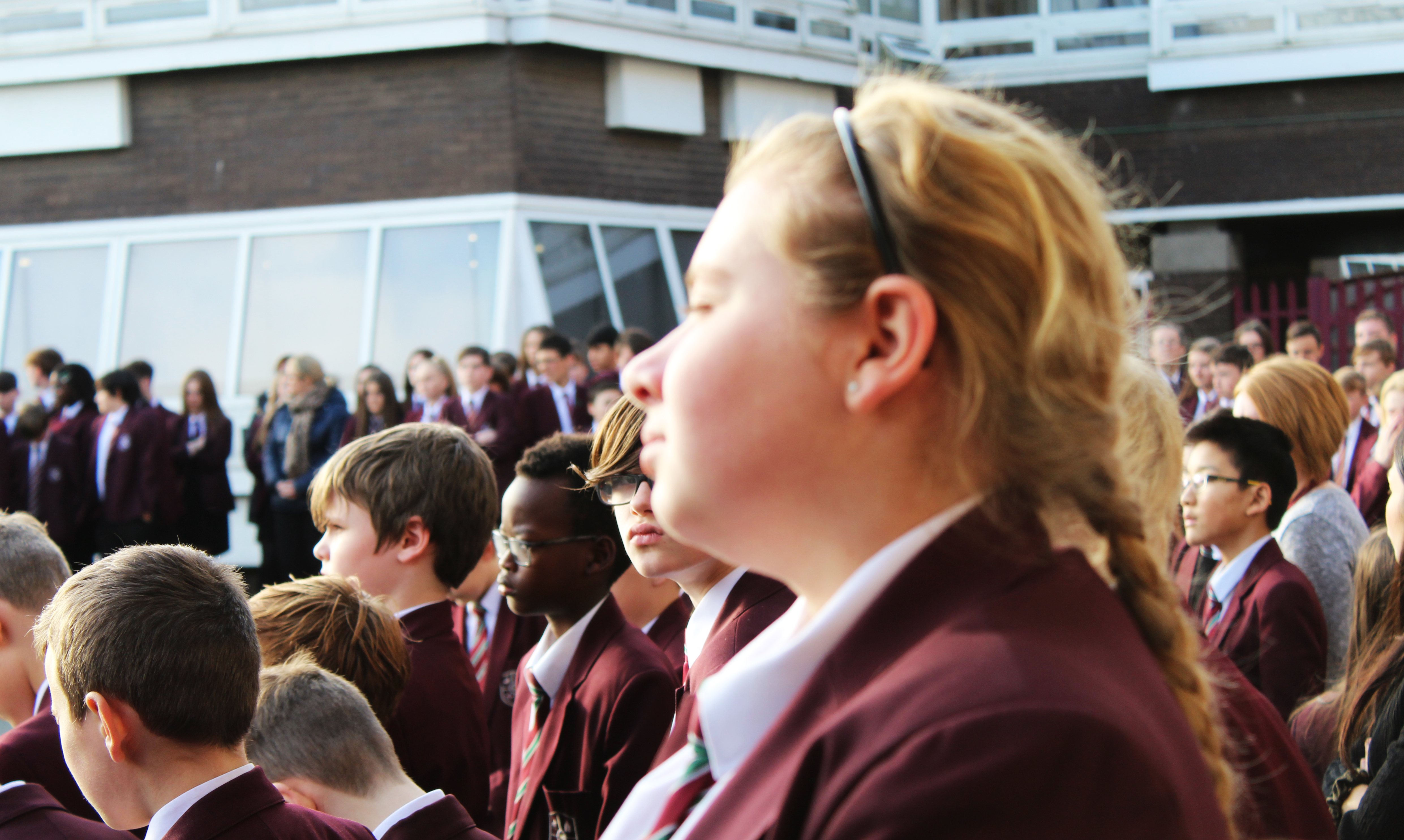