Make Your Mark is the largest consultation of young people in Europe. It gives young people aged 11-18 across the UK the chance to get involved and have their voices heard by helping to decide what Members of the UK Youth Parliament should debate and vote on to be their campaign for in 2019.

The Make Your Mark ballot is supported by Local Authorities, schools, UK Parliament and the Department for Digital, Culture, Media & Sport. It gives young people across the country a say on what is to be debated on the green benches of the House of Commons by Members of Youth Parliament.

The Make Your Mark ballot orders the top five issues, but those chosen for the UK wide priorities debate must include 2 UK wide topics and 3 Devolved  topics. Due to the devolved nature of the UK democracy and to ensure relevant representation of the issues from all nations.

St Cuthbert's students went to the polls earlier this month and results have now been counted.

Top UK Issue for our students with 45% of the vote was to protect the environment and the top Devolved Issue was to put an end to knife crime with 40% of the total vote.

These results have now been submitted and will be added to the votes of the rest of the United Kingdom schools. 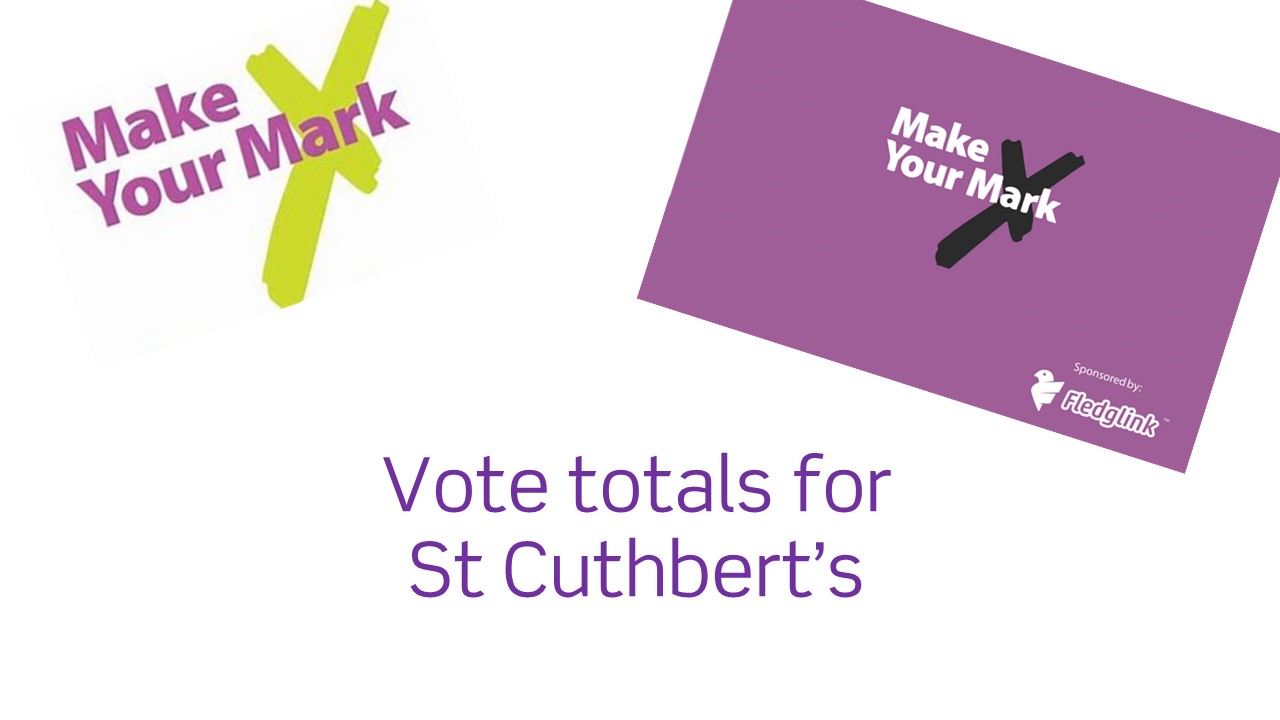 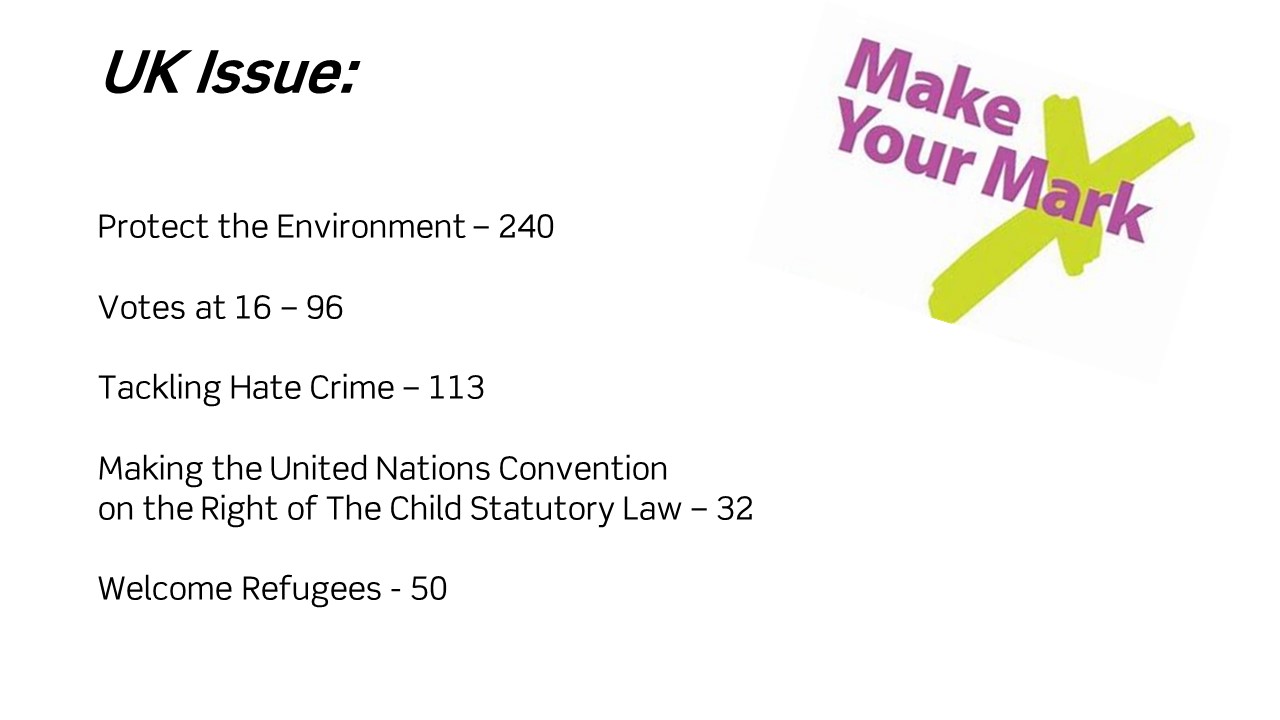