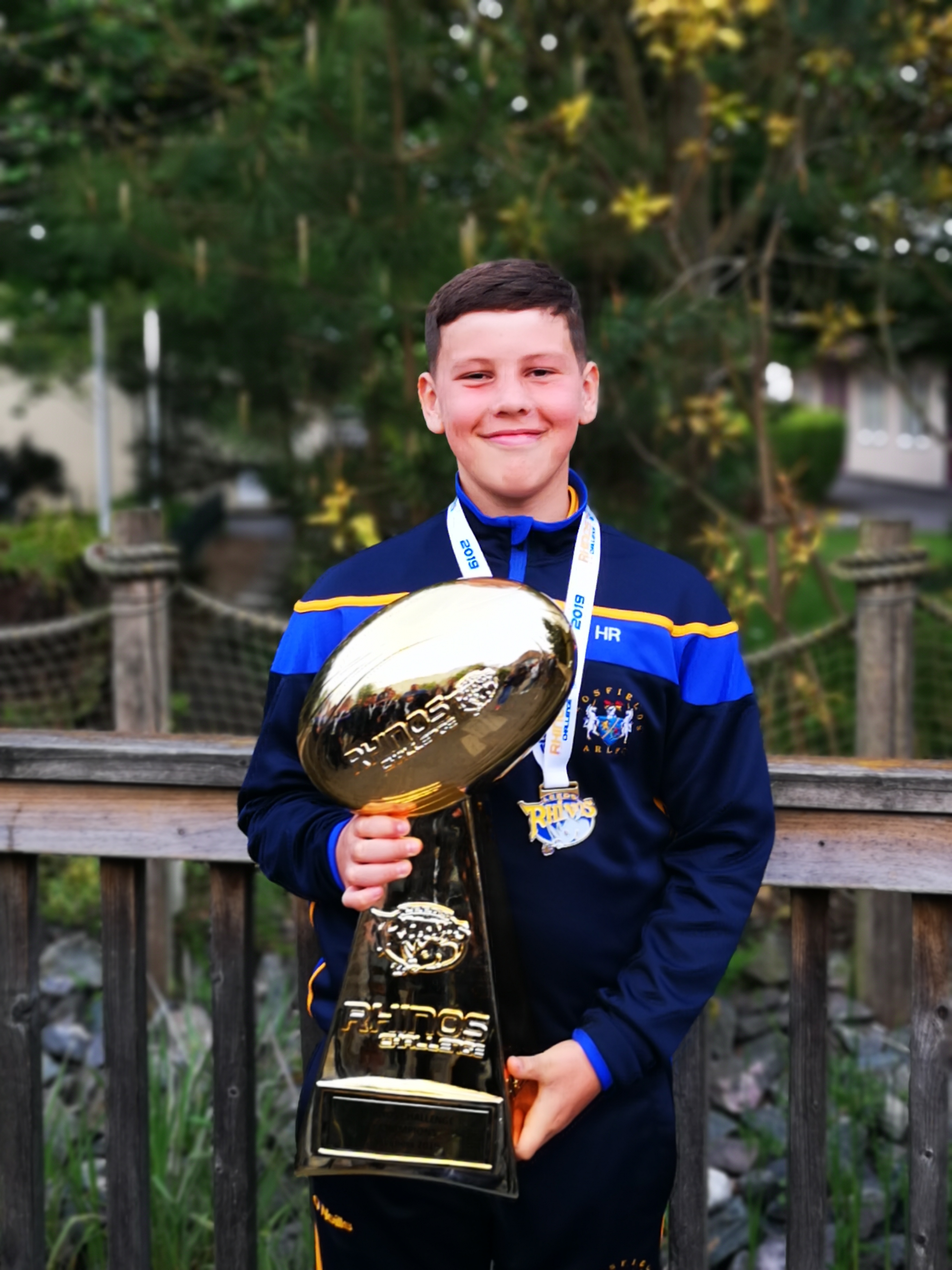 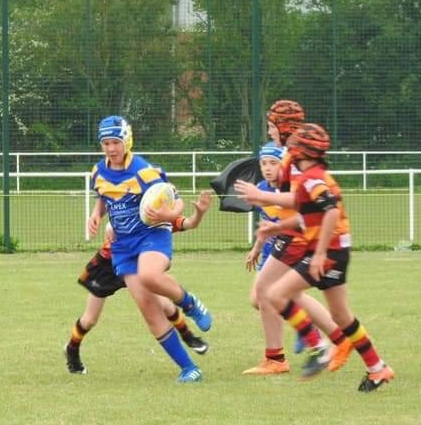 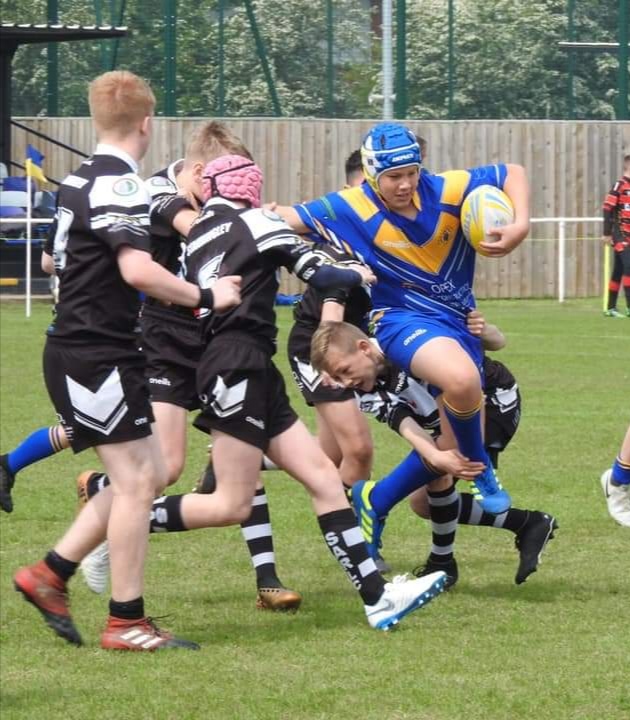 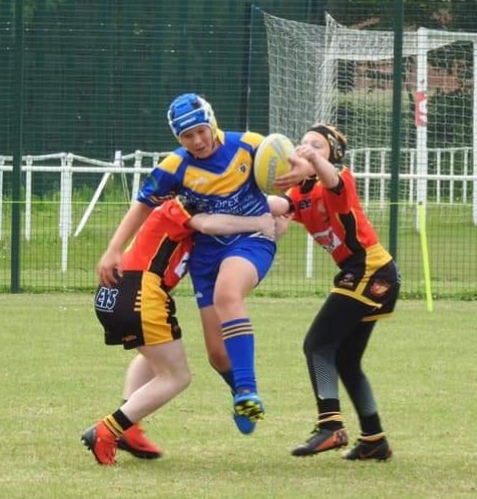 Year 7 Student Harrison has more sporting success to celebrate! His team Crosfield Cobras, took part in a national tournament on Friday and won. No easy task as Harrison explains:

"It felt great to play because I was carried off during a rugby match last month with a suspected broken foot. I was unable to play in the Year 7 game at Saints against Cowley, because of this. Luckily it turned out to be a torn tendon. We thought I'd be out for three months, but it healed really well. I was really happy to be back playing to my full ability.