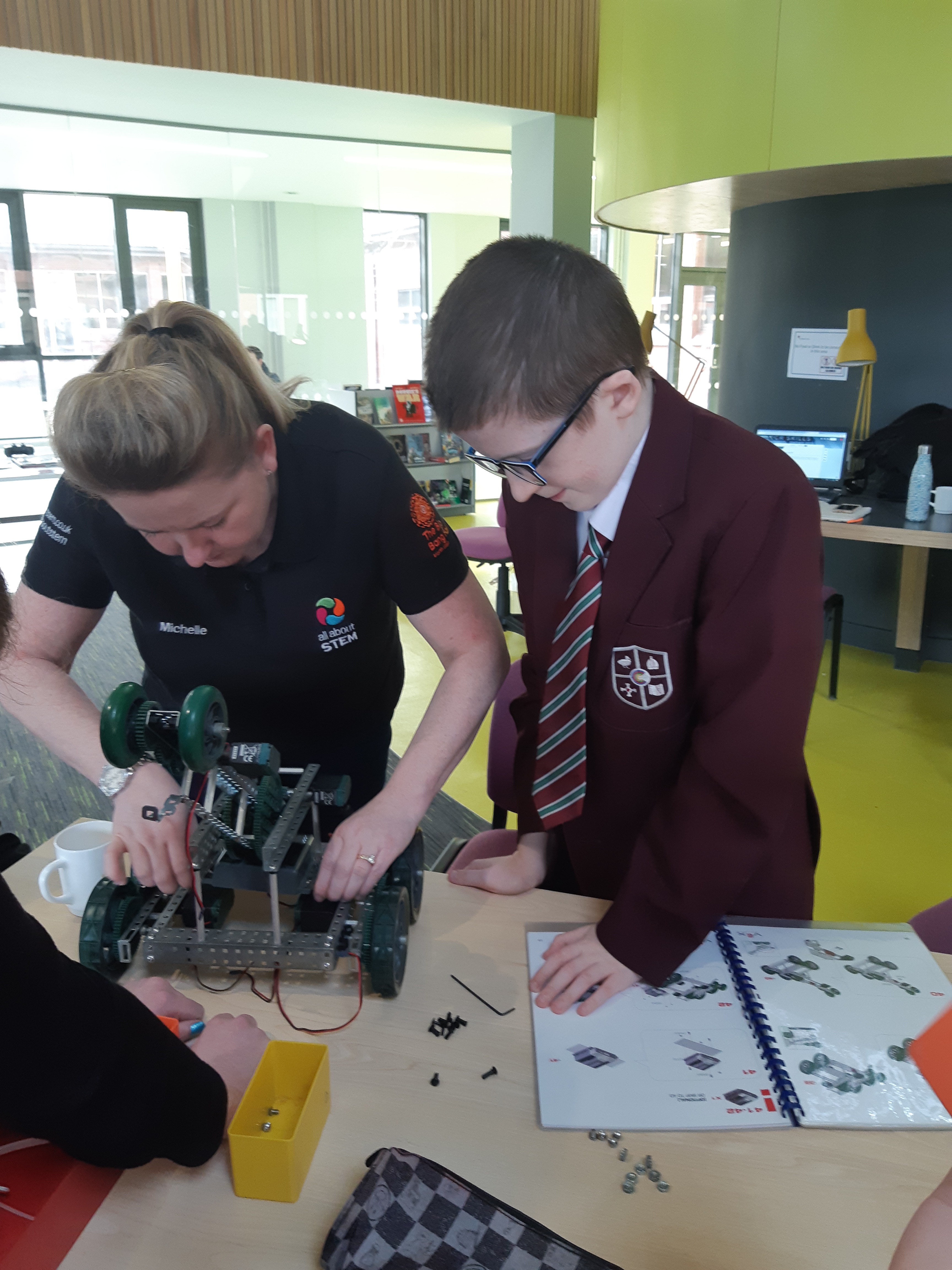 Our students were in a very privileged position as only schools local to the Liverpool area were able to take part and the skills they developed as a team were invaluable.  After a brief introduction, students had to build a functioning robot from scratch given only a tool kit and a full set of instructions.  Students then competed their robots against each other in an arena, where they operated their assembled robot to put tennis balls in a basket.

We managed to get through to the semi-finals before being knocked out by the eventual finalists. During their build, our students were busy engaging and networking with engineers and helpers who all had a background in STEM subjects.

Students really enjoyed the day especially the "robot shenanigans" in the arena during the battle rounds. A very big well done to Year 8...our engineers of the future?? 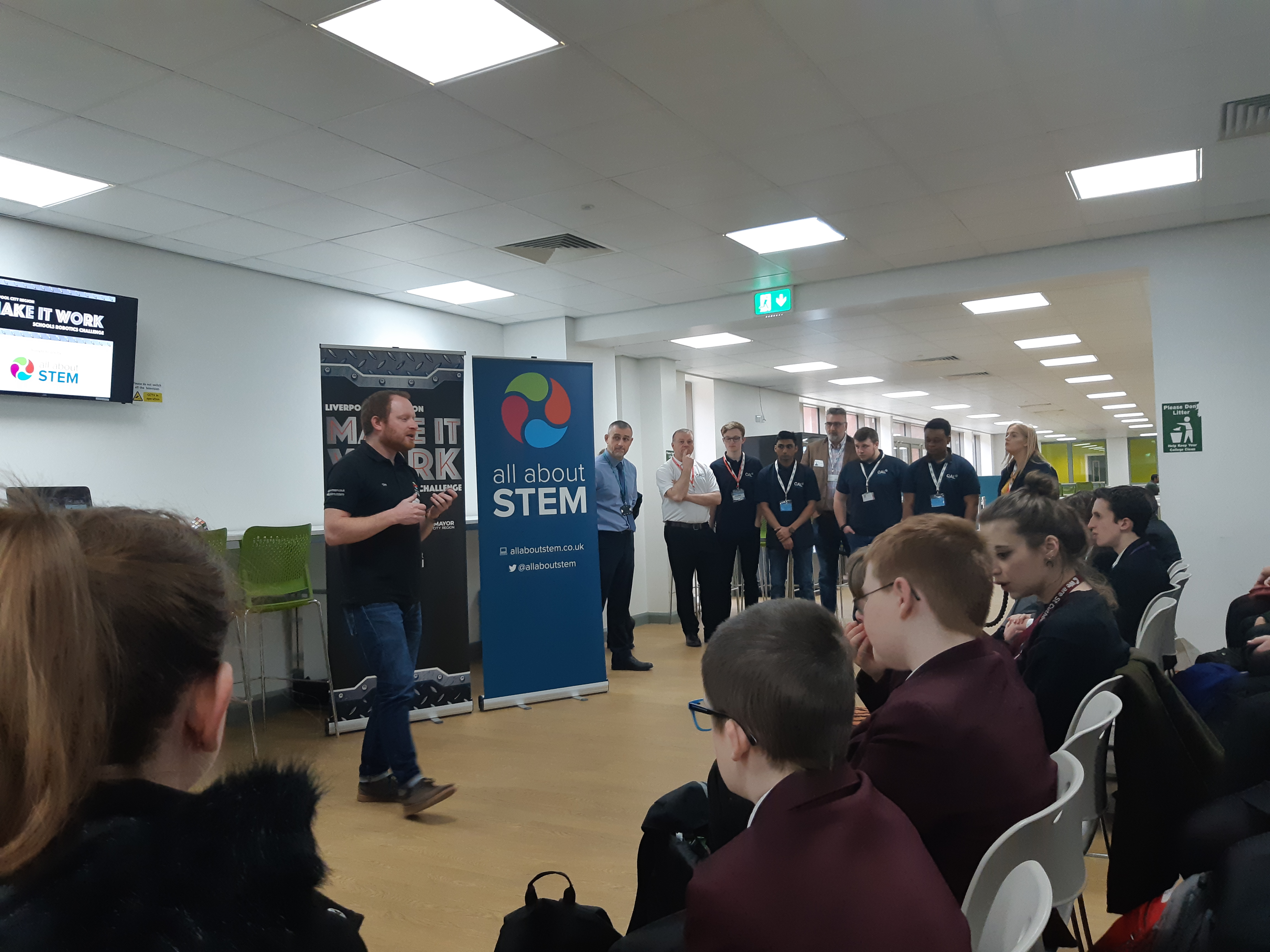 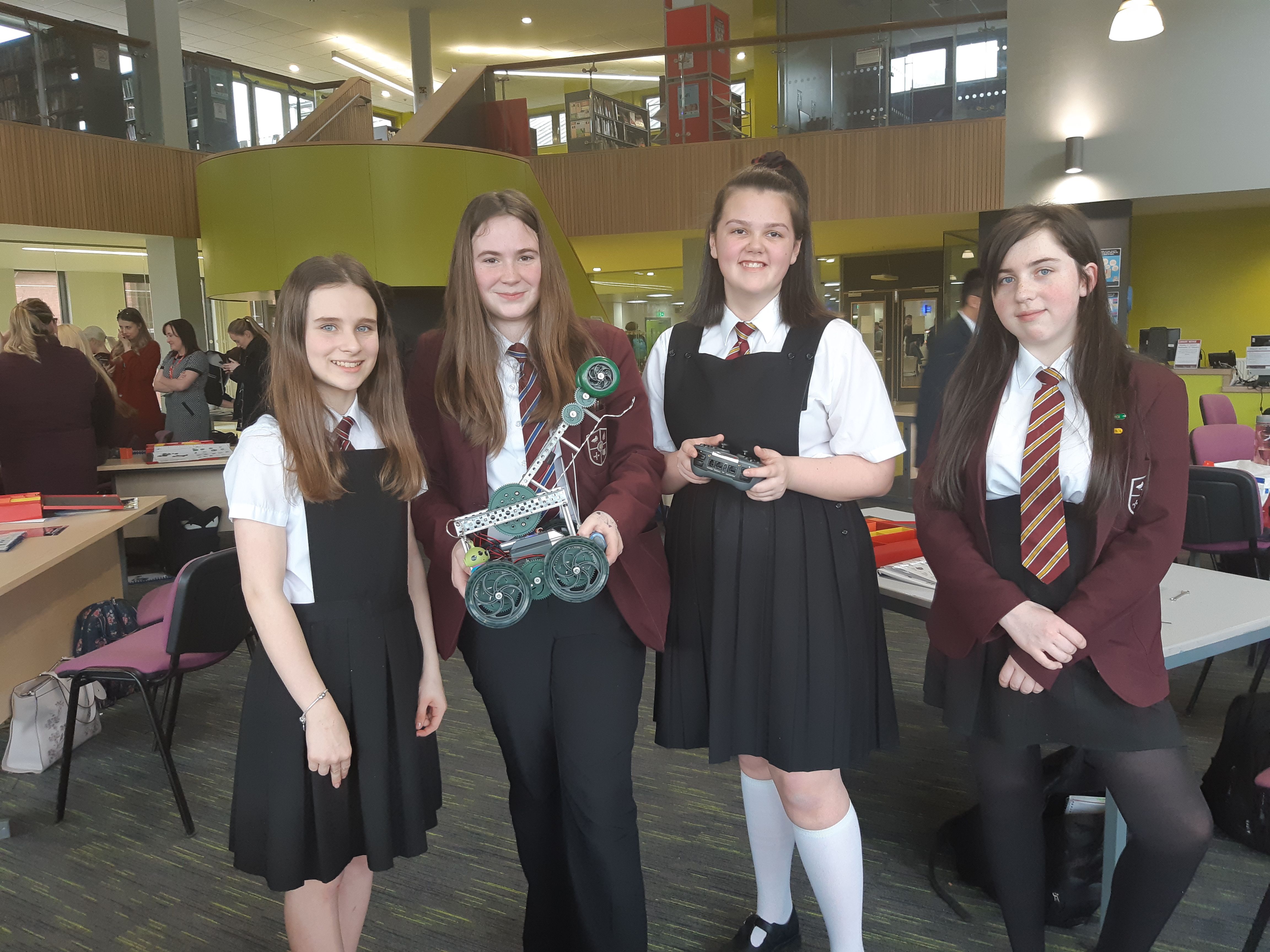 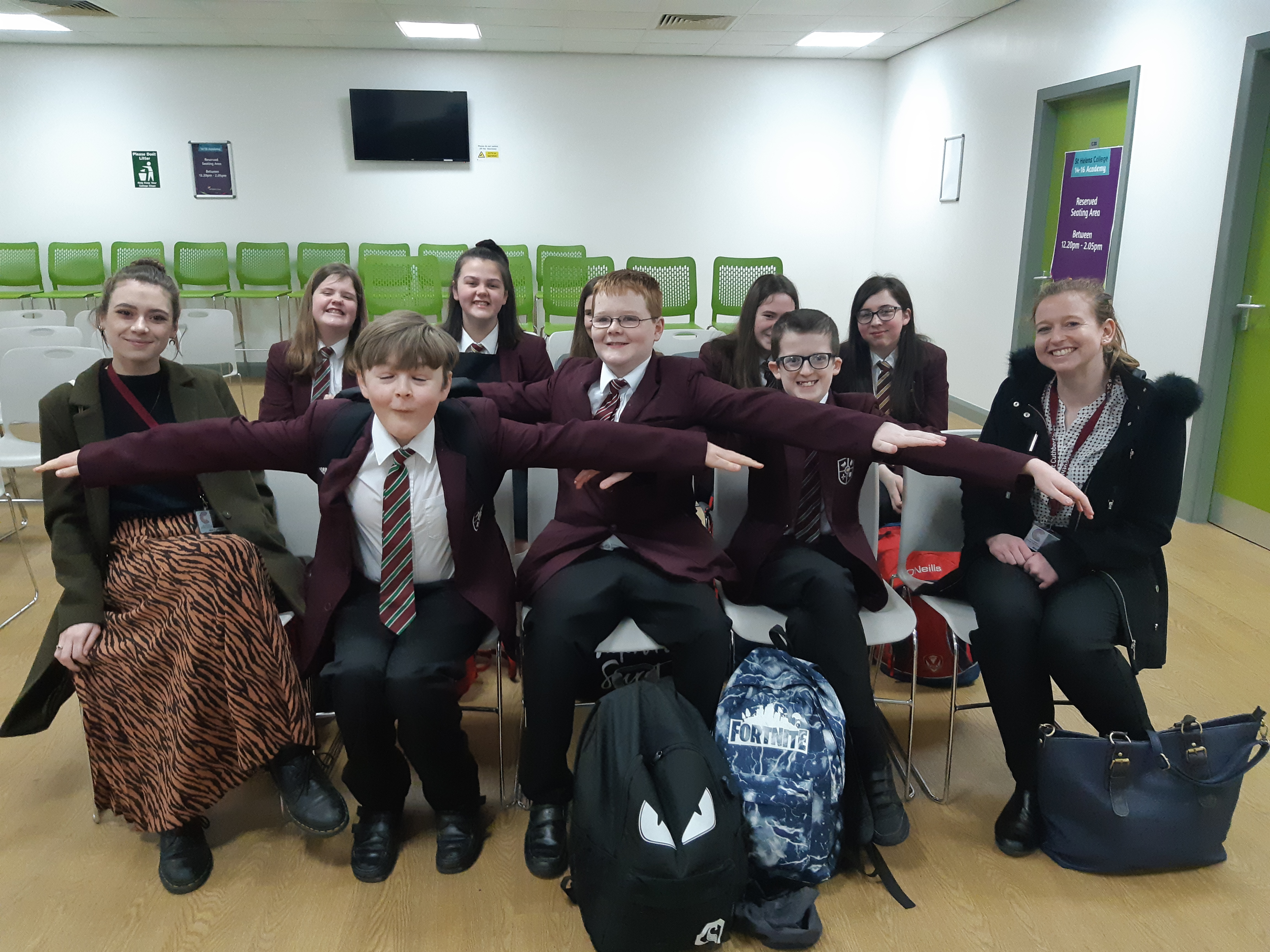 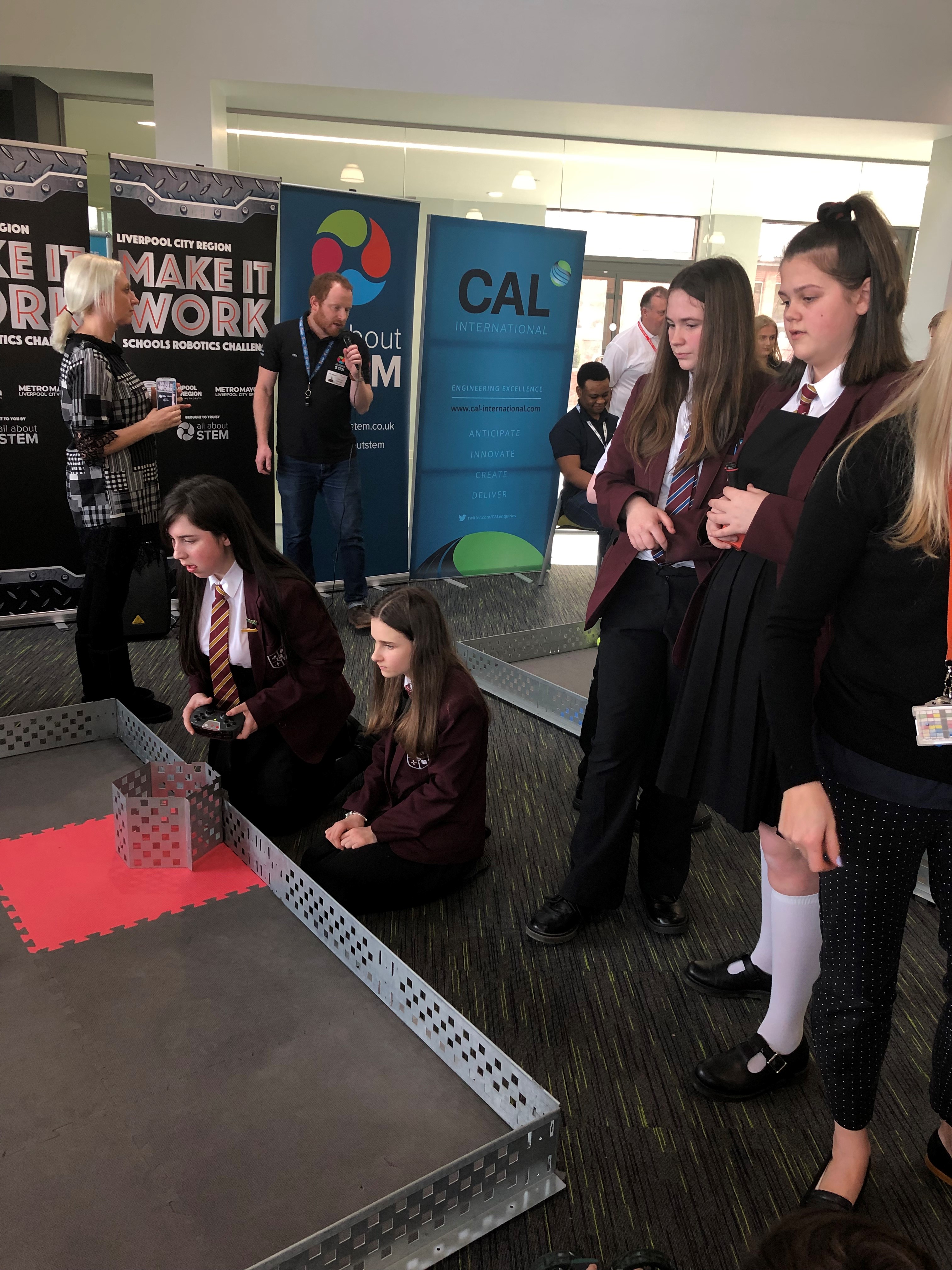